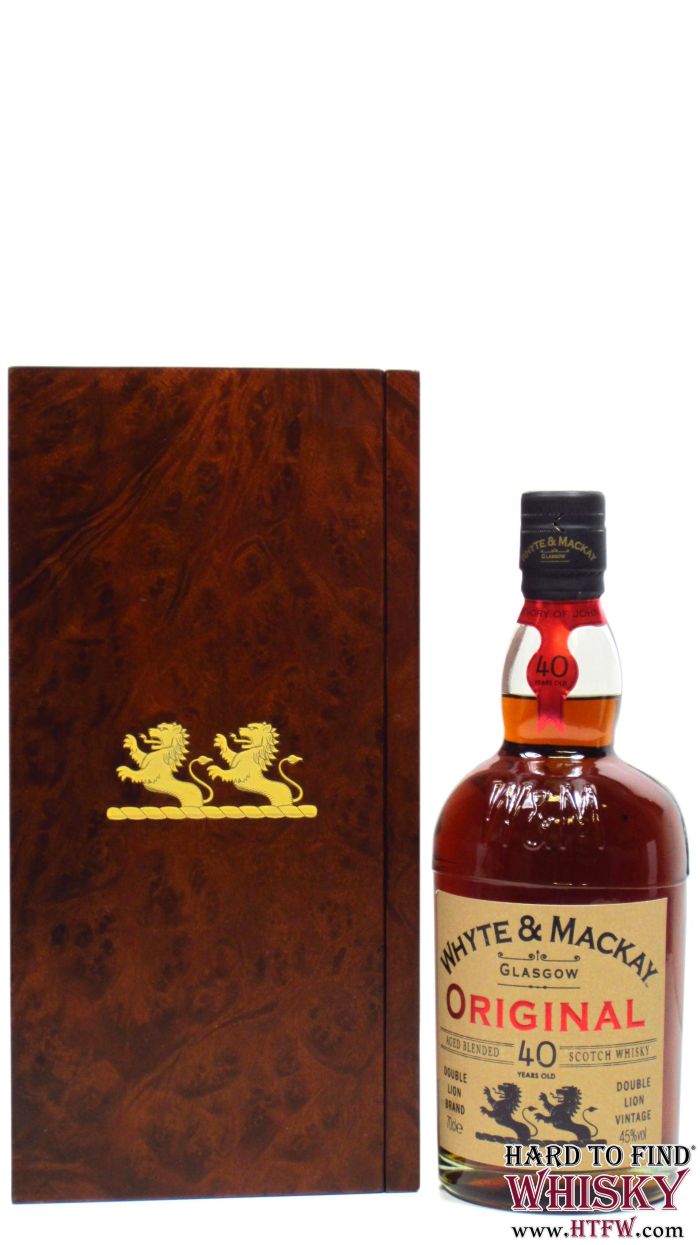 Out of stock
HTFW Cat. No:
LP623
Notify me when this product is in stock
Be the first to review this product
Add to Wish List
Tell a Friend

This is a blended scotch whisky drawn from stocks created and filled to cask on the 16th of June 1966. Founded on the docks of Glasgow in 1844, Whyte & Mackay has remained true to itself and its founders James Whyte and Charles Mackay’s pioneering spirit. While most distillers will settle for one maturation. This rare, 40 year old masterpiece is dedicated the memory of John MacIlraith, former Managing Director of Whyte & Mackay. On the death of our founding fathers, MacIlraith took control of the Company in 1921 which he loyally served for an incredible 70 years. It is with this in mind that we have created a very high malt content blend – 70% malt to 30% grain – to deliver maximum balance and richness and is the exact opposite ratio to more mainstream offers.