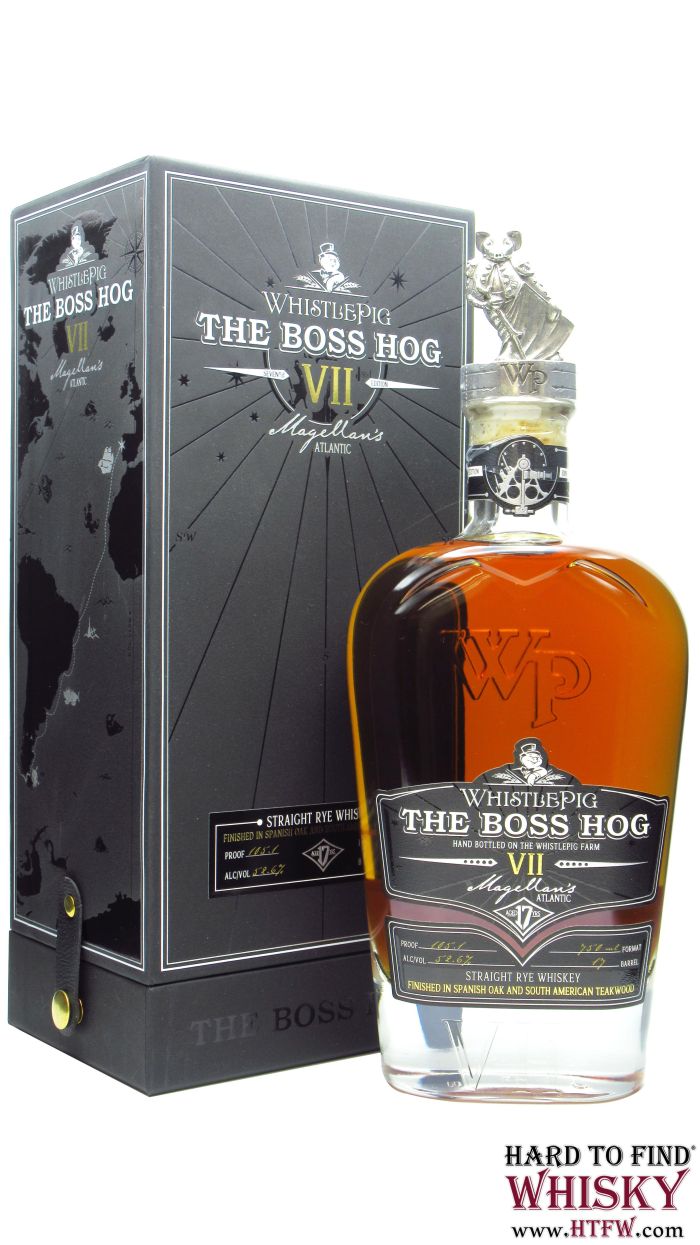 Following in the footsteps of The Boss Hogs before it, the seventh edition in this collectible series is distinctly different than anything else in American Whiskey. A Straight Rye Whiskey Aged 17 Years and finished in two uncommon casks, this limited release is inspired by the first recorded circumnavigation of the globe.

First it encounters new Spanish staves from the mountainous forests of northern Spain; a cask nearly impossible to tame yet well worth the effort. The rare oak imparts notes of cinnamon and allspice, dry yet rich and refined. A beautiful base, to be sure. But the allure of continued discovery beckoned us onward. Crossing the Atlantic the liquid finds its finish in fragrant South American teakwood. With it, an added layer of spice and sophistication, resulting in a Rye that unfurls caraway and caramel in interlacing threads.

Single barrel, bottled at proof, and powerfully complex, The Boss Hog VII: Magellan's Atlantic offers an incredible
journey of aromas and flavour. Displayed in a bespoke gift box and each bottle crowned with a bespoke pewter stopper, designed and made by Danforth Pewter 11 miles from the WhistlePig Farm.