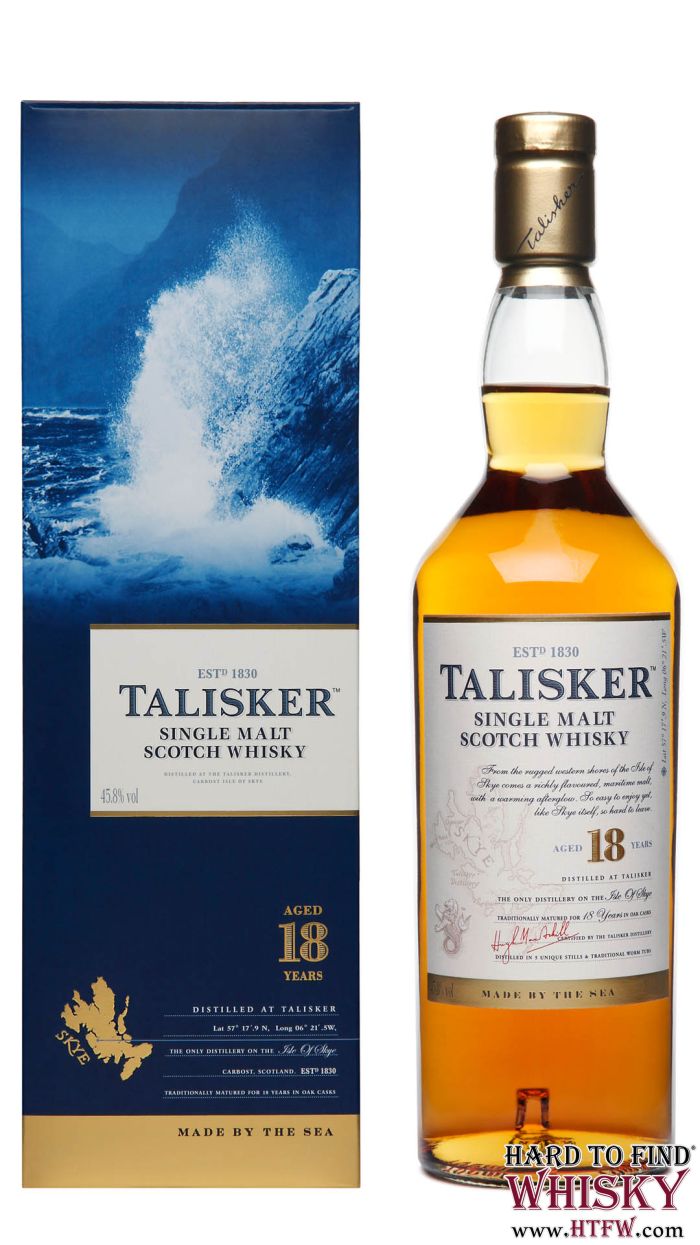 Produced at the oldest distillery on the Isle of Skye, Talisker Single Malt Scotch Whisky has been made by the sea since 1830, with its smell and taste instantly connecting you to its rugged maritime home. Every sip is a taste of the Isle of Skye itself, one of the most remote, windswept yet beautiful landscapes in Scotland. With wonderful sweetness and warmth, intertwined with just a thread of smoke,

Talisker 18 year old is an award-winning whisky that is rich and soft but still assertive. Named the ‘Best Single Malt Whisky in the World 2007’ at the World Whiskies Awards, Talisker 18 Year Old is a Single Malt masterpiece. On the nose, rich and fruity Victoria plums, greengages, perhaps dried orange peel with some butterscotch or rum toffee and a thread of smoke behind. Its palate is sweet in front, then more assertive, with a whiff of smoke.

The overall effect is warming. The development is towards smoke, coal-tar and toffee with a medium length and chilli 'catch' in the finish. Serve with a splash of water to bring out the notes of fruit, toffee and smoke.