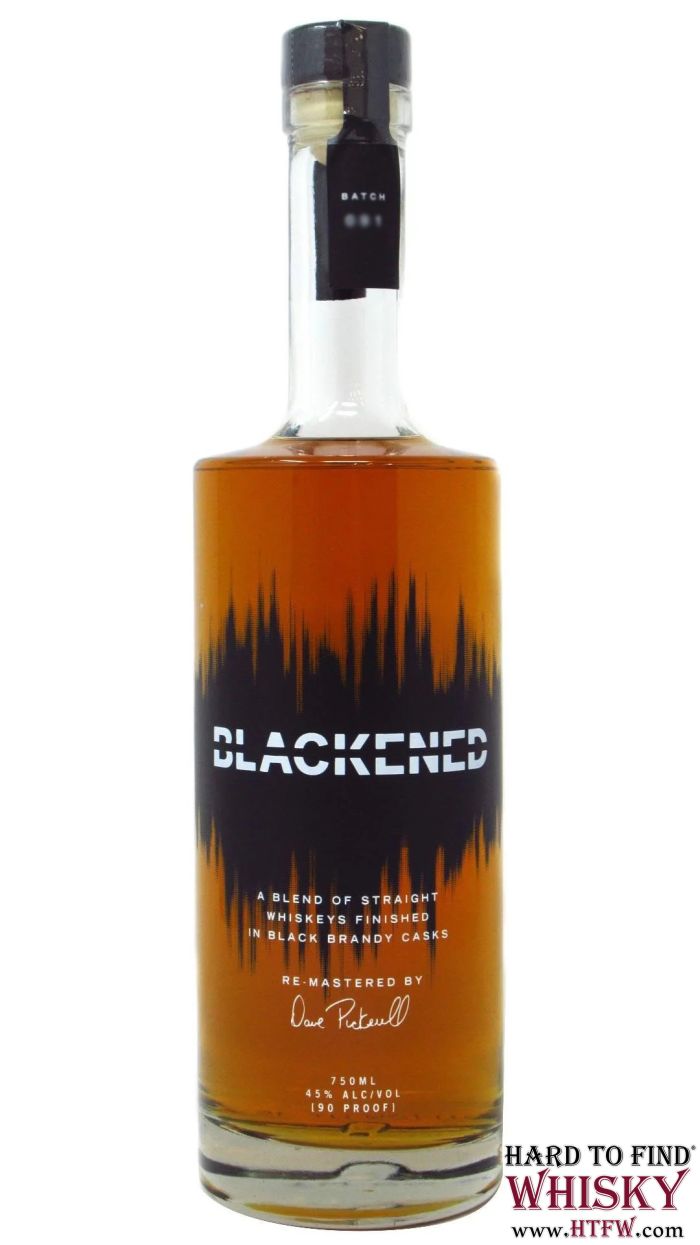 Perhaps the ultimate whiskey and metal combination?! A unique collaborative creation between Metallica and the late, great, Dave Pickerell. Blackend whiskey is a combination of straight whiskies of varying ages, sourced from around North America (Whistlepig is rumoured to have been one) that have been vatted together and finished for up to 10 weeks in Black Brandy casks.

If that wasn't interesting enough, during that finishing period the casked whiskey has subwoofers attached and the vibrations from the music played (playlists picked by and featuring Metallica) influence the maturation style of the whiskey, dubbed Black Noise!

Each individual batch has a different playlist associated with its maturation, this, Batch 091 was chosen by drummer Larrs Ulrich and featured the following songs 1. Creeping Death 2. The God That Failed 3. Bleeding Me 4. Sabbra Cadabra 5. Master of Puppets 6. Until It Sleeps 7. The Judas Kiss 8. Sweet Amber

A sweet nose with caramel, honey, oak and a hint of spice. On the palate cloves, allspice, mint, honey, cinnamonb and a fruity hint of apricot dominate. The long and gentle finish is very creamy with hints of maple, toffee and again honey. A surprisingly pleasurable whiskey from beginning to end.