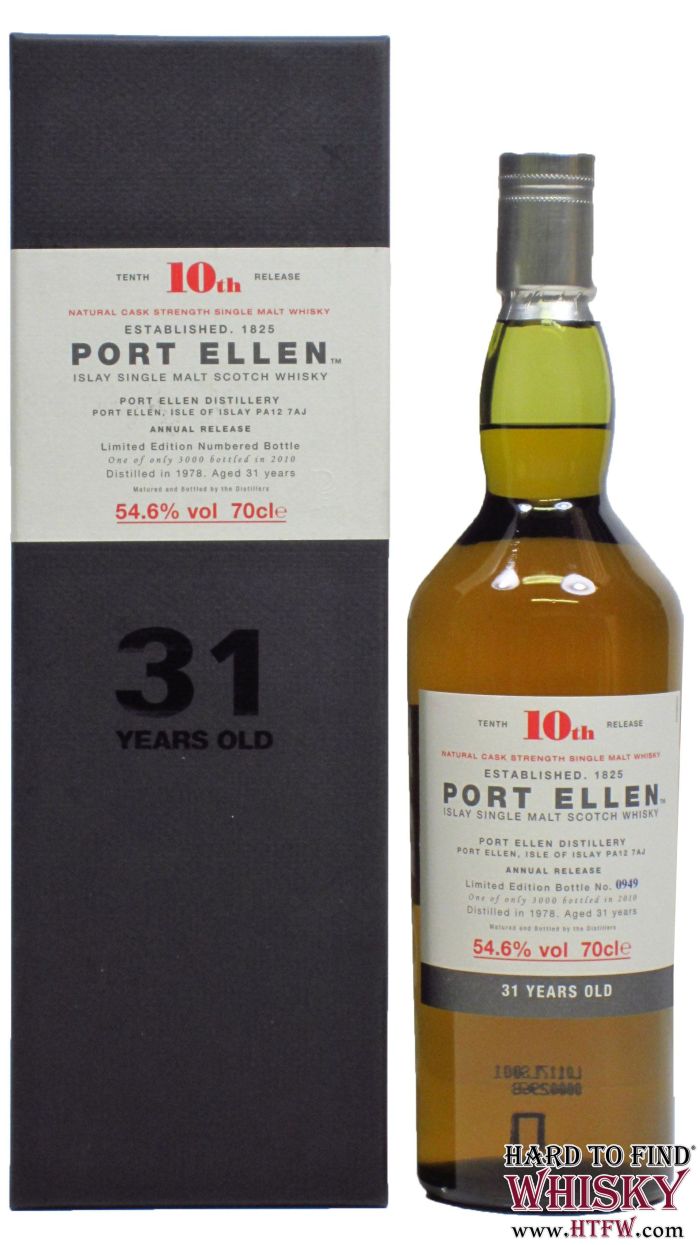 The smallest release in the Special Release series by some way, the 10th Port Ellen release from 2009 had an outturn of just 3,000 bottles. Released as a 31 Year Old Single Malt, again at a natural cask strength, this time at 54.6 ABV.

Matured in refill Sherry Butts this is a complex and waxy Port Ellen, As with other older expressions from this adored distillery, the smoky element is subtle and well ingrained in the whisky adding character and balance, with out dominating the flavour.