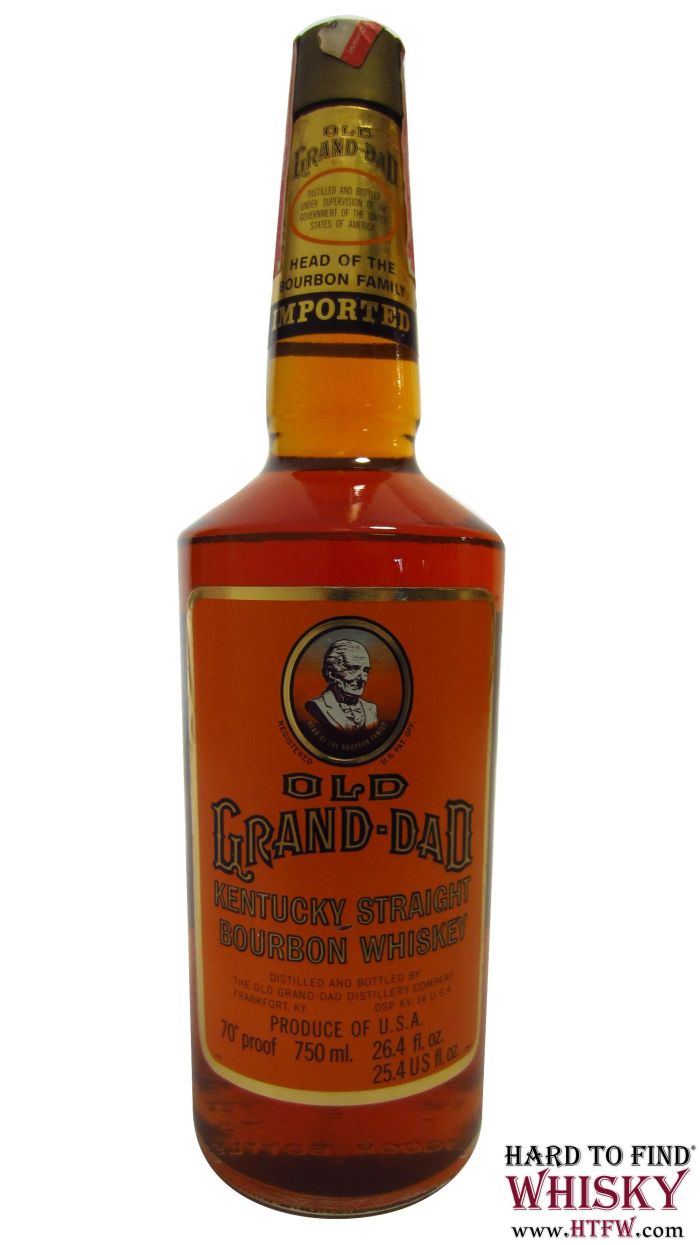 Out of stock
HTFW Cat. No:
LP8986
Notify me when this product is in stock
Be the first to review this product
Add to Wish List
Tell a Friend

The Old Grand-dad brand was created by Raymond B. Hayden and named after his grandfather Basil Hayden Sr, who was a well known distiller during his lifetime. A fanciful portrait of Hayden Sr is depicted on the front of each bottle.

Today, it is owned and produced by Beam Suntory.

The Hayden family's first commercial distillery was created in 1840, and the whiskey has been in production since that time despite several changes of ownership.Today, Old Grand-Dad is one of the ten best-selling straight whiskeys.

Since 1992 Beam has also marketed another brand of Kentucky bourbon, Basil Hayden's, named after the same person.