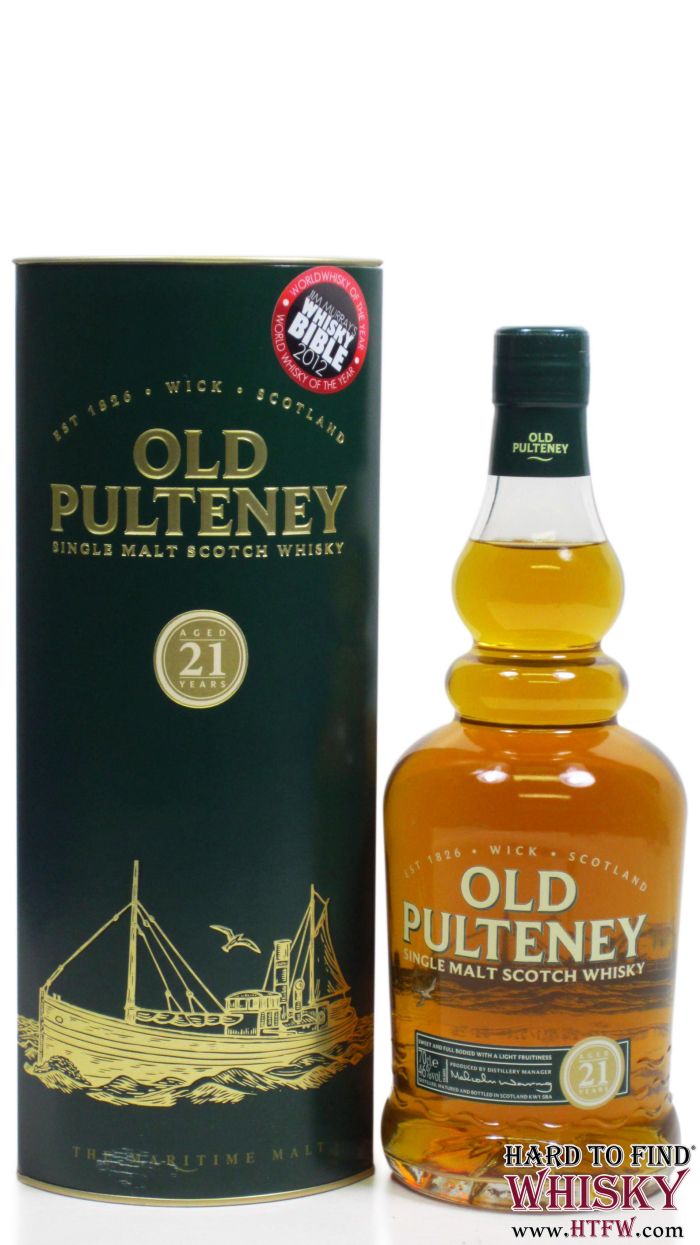 Out of stock
HTFW Cat. No:
LP1143
Notify me when this product is in stock
1  Review Add Your Review
Add to Wish List
Tell a Friend

The highly acclaimed Old Pulteney 21 Year Old. Discontinued in early 2017, this whisky came to prominence after Jim Murray awarded it 97.5 points and named it whisky of the year in his 2012 Whisky bible.  Matured in a combination of American and European Sherry oak, the whisky has flavours of "Vanilla and honey, followed by black cherry, stewed apple and orange peel. The palate is juicy and sweet with honey, spice, dark fruit and a whiff of marzipan."