Want the latest Ltd Editions? Sign up to our newsletter

Skip to the end of the images gallery 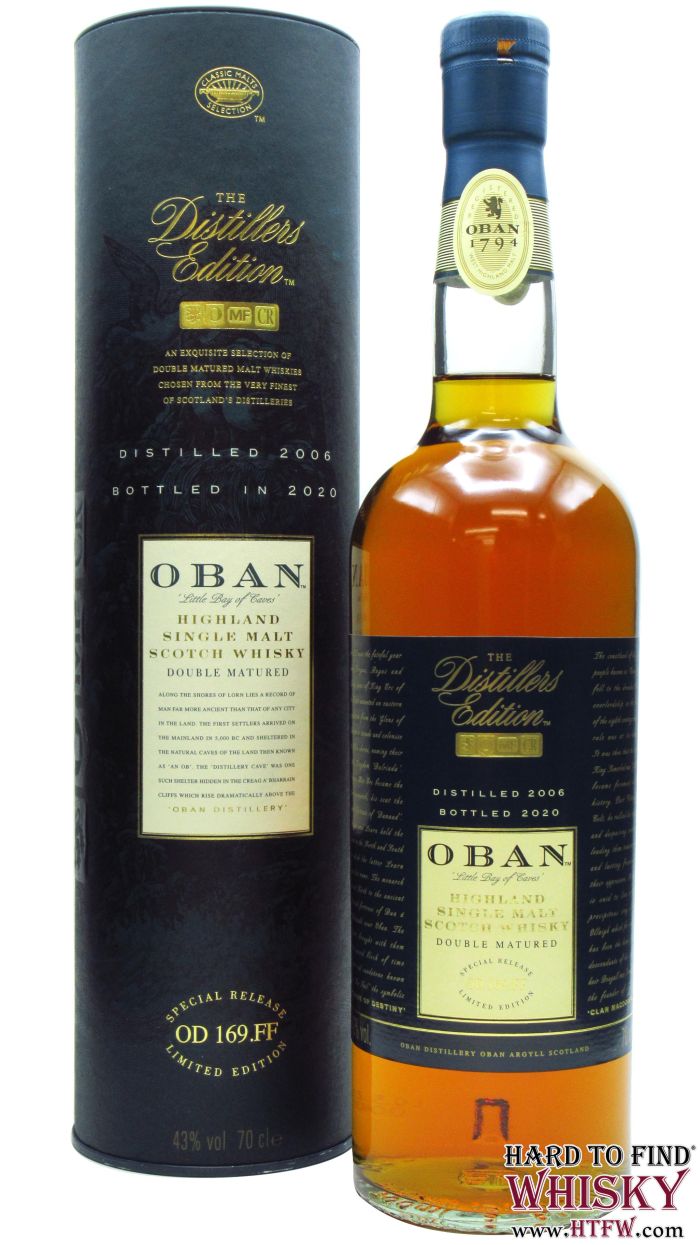 Oban is one of Scotland’s oldest and smallest distilleries. It was founded in 1794 and the West Highland port town of the same name has grown around the distillery. It is the one Single Malt Scotch Whisky in which the rich, complex flavours of the Highlands meet and mingle with the peaty, maritime character of the Islands.

Balancing autumn fruits and sea air, Oban whisky owes its rich and rewarding Highland character to a very long fermentation process. The tiny lamp glass-shaped copper pot stills that make Oban’s Scotch are among the smallest in Scotland, and the liquor they distil is slowly condensed in wooden worm tubs outside among the rooftops, exposed to the salted sea air, bringing a distinct depth of flavour said to go very well with salted caramel.

The Distiller’s Edition undergoes a second maturation in Montilla Fino cask wood for delicate yet rich fruit notes such as dried figs with honey and a hint of brine. Perhaps it’s the Spanish cask influence, but this Oban makes the classic vanilla cheesecake seem even more indulgent.

This limited edition makes an ideal gift for lovers of Oban and Highland Single Malt Whiskies known for their rich flavour and aroma.