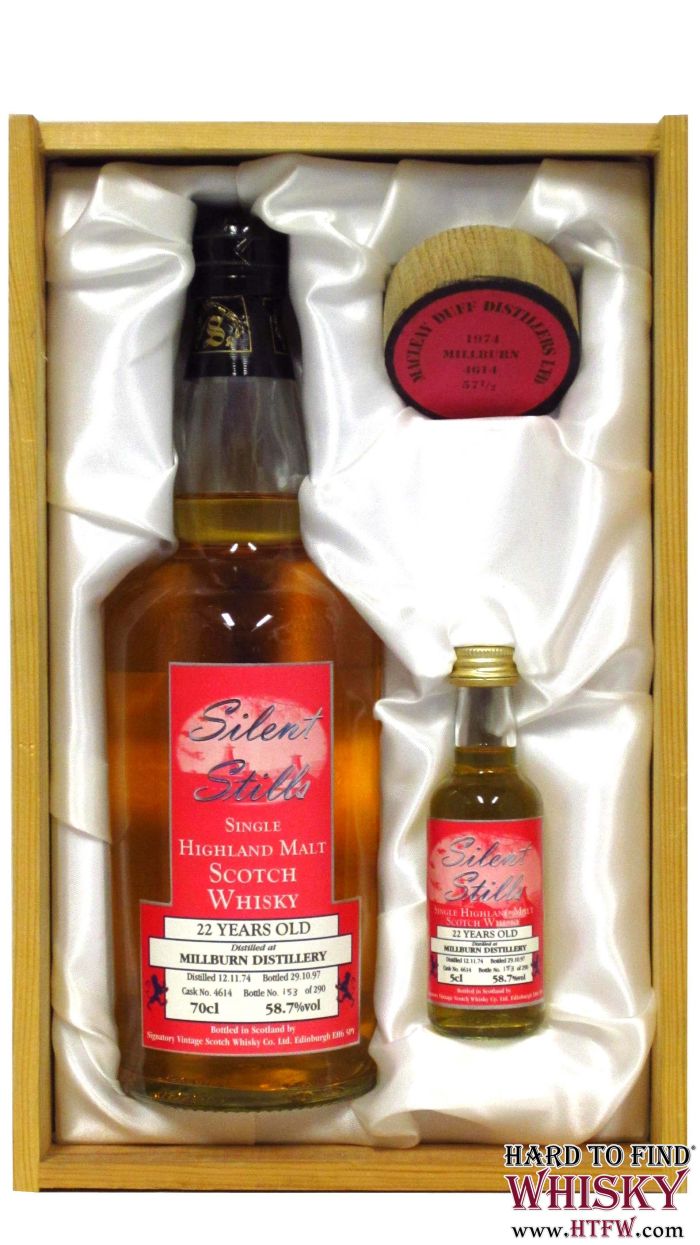 Out of stock
HTFW Cat. No:
LP2531
Notify me when this product is in stock
Be the first to review this product
Add to Wish List
Tell a Friend

A very rare 1974 vintage Millburn from independent bottler Signatory as part of the Silent Stills series. Distilled on 12 November, it was aged for 22 years, yielding 290 bottles on 29 October 1997.

Never officially bottled in its time, the only distillery bottlings are within the Rare Malt Selection, and elusive independent releases like this are incredibly sought after.