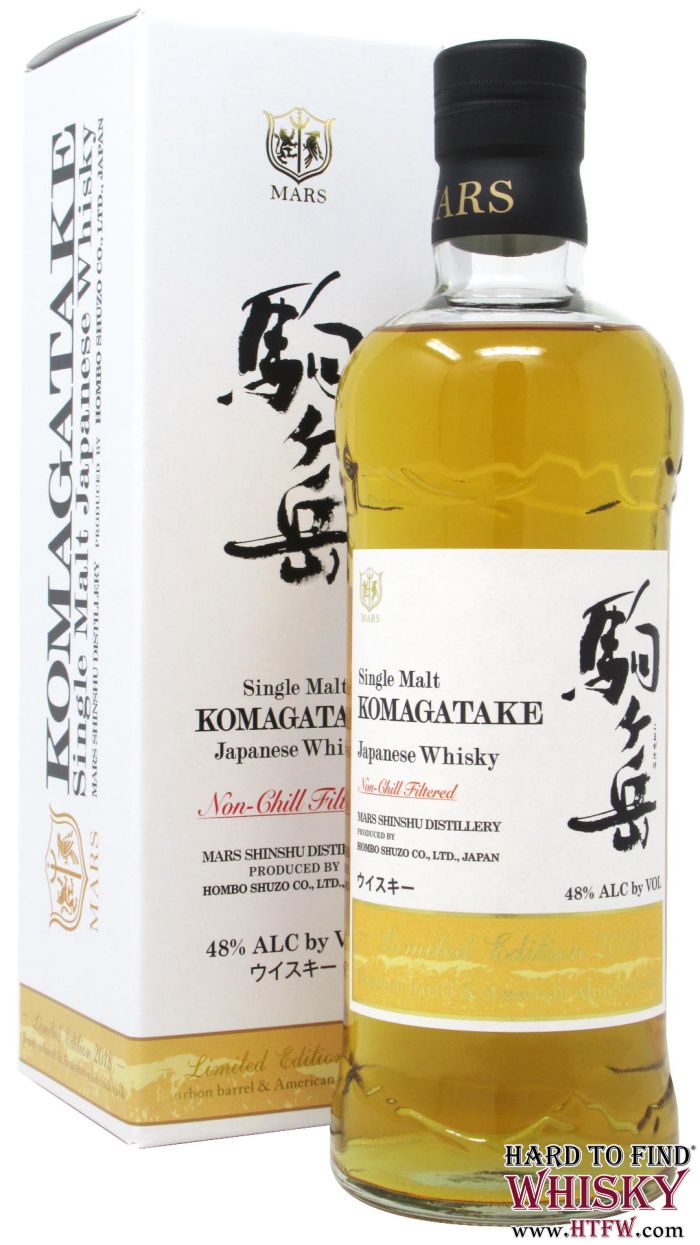 Out of stock
HTFW Cat. No:
LP11908
Notify me when this product is in stock
Be the first to review this product
Add to Wish List
Tell a Friend

The Komagatake Limited Edition 2018 is a blend of whiskies that have spent at least 3 years in either Bourbon or American White Oak casks and aged entirely at Shinshu. But don't be fooled by the young age. With he Shinshu Distillery the highest in Japan in terms of elevation, the temperature difference of the region is absolutely noticeable, helping to speed up the maturation process

Nose - Fruity with toasted banana, pear, and apricot. Floral, with a hint of licorice and marshmallow, Medium peat.

Palate - Cinnamon and allspice, moving into ripened plum. Cashew and nuts in the background. Thick on the tongue, it heats up towards the end with some nice vanilla cookies.

Finish - Peat smoke fills the mouth as the last of the whisky begins to clear out. Coastal ans subtlly minty at the end.