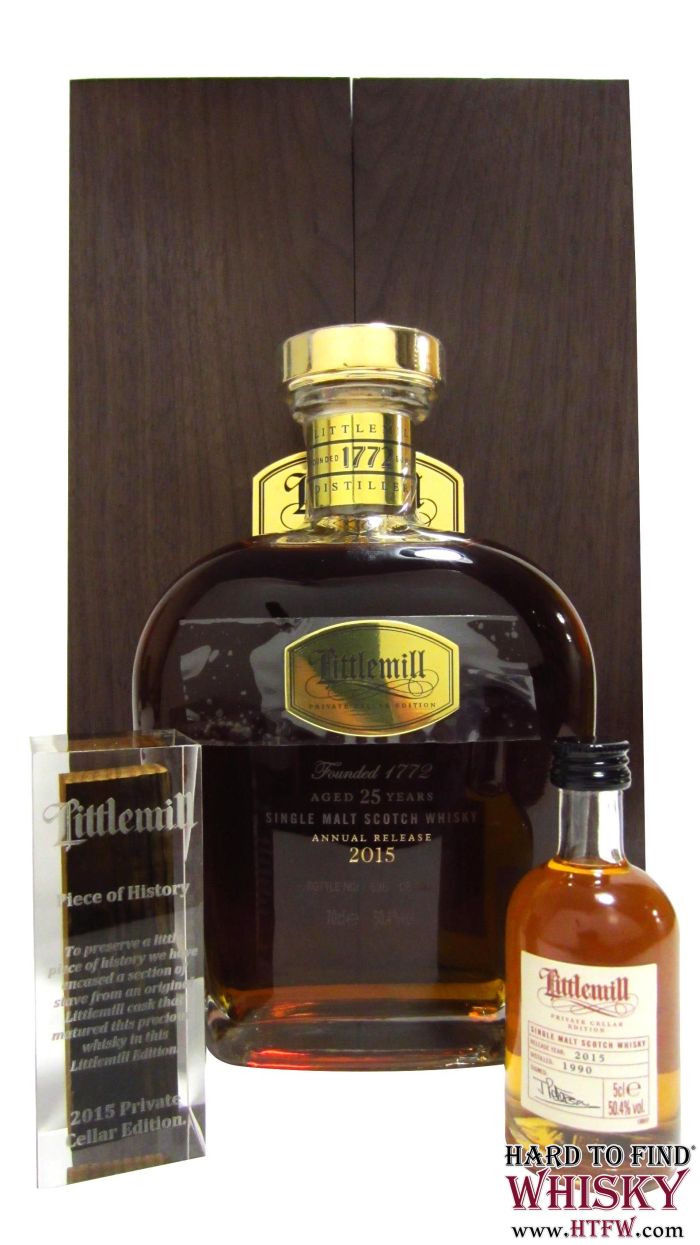 This is a brand new official release of the Littlemill Single Malt. This 25 Year Old Single Malt from the Littlemill Distillery has been carefully put together by the owners of the distillery in this amazing bespoke box which includes a miniature of the whisky and a piece of the stave from the cask used to mature the whisky.

10 casks were used to create this whisky using both American and European oak casks and finally a marriage in a 1st fill European Oloroso Sherry casks. The casks used were the remaining casks from 1989 and 1990.

A true collectors item and a chance to try a rare official bottling of Littlemill Single malt from the Lowlands of Scotland.

The Littlemill distillery sadly burnt down in 2004 but is widely believed to have been Scotland's oldest distillery and possibly the oldest in the world.

What we do know is that it was legally established in 1772 by owner George Buchanan of Glasgow.

Littlemill is known for a subtly floral, vanilla rich sweetness.