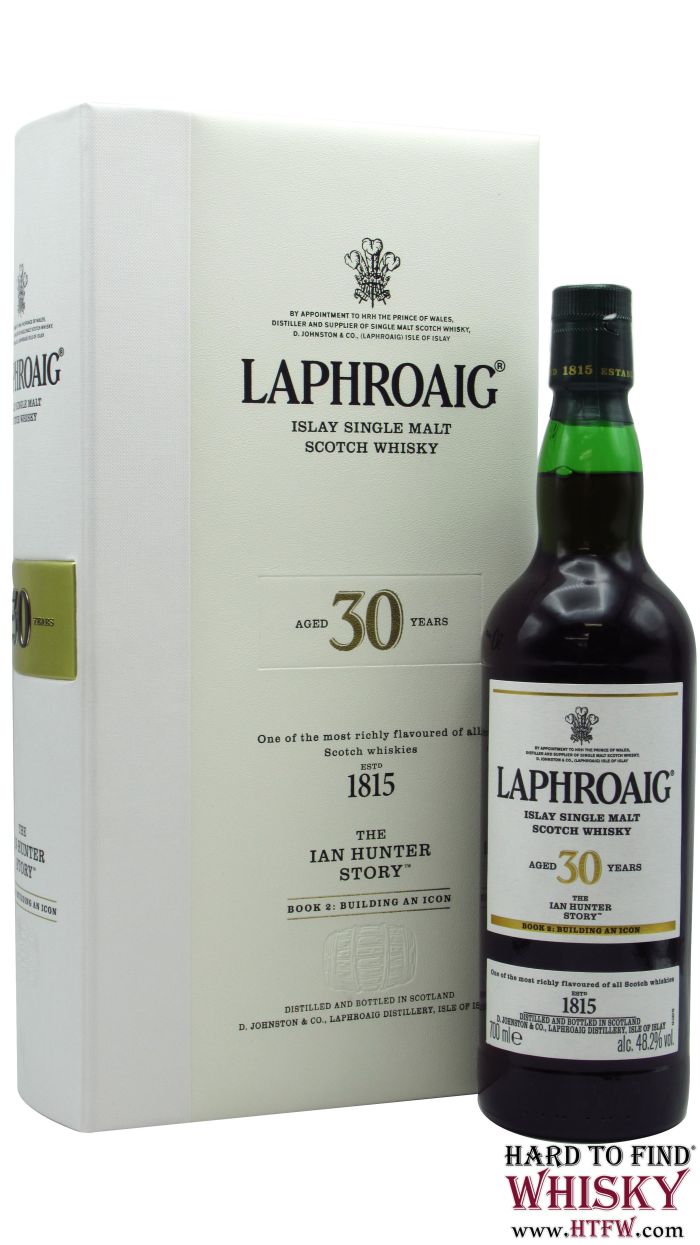 The second release in Laphroaig's five part Ian Hunter series.  Book 2 is a 30 Year Old Islay Single Malt that has been matured in Sherry casks.  This is the second of five extremly limited releases from the iconic Islay distillery and is sure to be one of the most talked about bottlings of the year.

This series of rare and collectable aged whiskies honours the legacy of one man, Ian Hunter, the last of the Johnston family to own and manage the Laphroaig distillery, between 1908 and 1944. Each release will contain a rare and aged Laphroaig, set into a beautifully crafted book that will document a part of Ian’s rich legacy. Every year a new chapter will be told, uncovering the extensive history behind Laphroaig and the characters who created it, making this a collection unlike any other, and one that is treasured by Laphroaig fans across the world.

Ian Hunter’s firm hand on the helm of the distillery, and innovative approach to the process of whisky-making, resulted in today’s iconic Laphroaig signature flavour: complex, smoky and often polarizing. His care and commitment to Laphroaig can be seen not only in the techniques still used today to create Laphroaig whisky, but also in the very fabric of the distillery. Having introduced the American oak, ex-Bourbon barrels to the maturation process after his travels to the United States, Ian soon realised the distillery itself would have to grow in order to accommodate not only the amount of barrels he brought back, but the changes he was to make to keep Laphroaig running as a business.