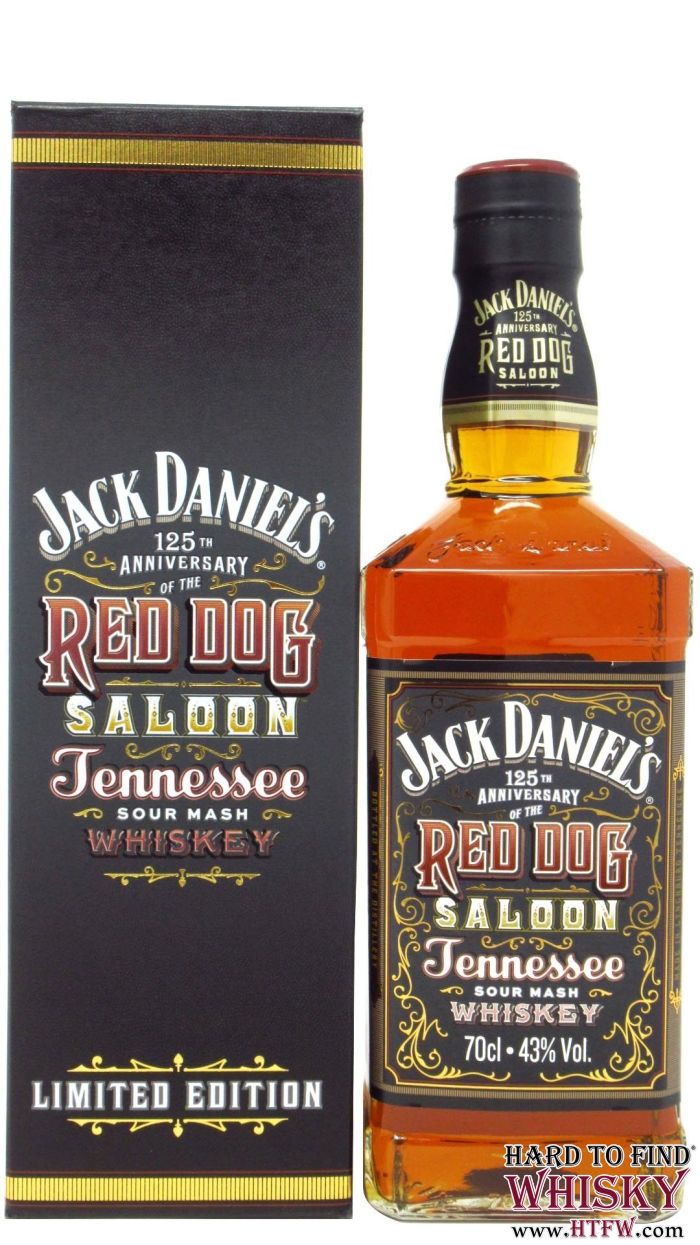 Formerly situated on the Lynchburg town square, all that remains of the Red Dog Saloon are myths and legends - until now. We are pleased to release the limited edition Red Dog Saloon, commemorating the days when you could buy a drink of Jack's smooth sippin' Tennessee Whiskey in the town where it was made.

Like every drop of Jack Daniel's Tennessee Whiskey, this limited edition is distilled right here in Lynchburg, just as it was when Mr. Jack opened his saloon back in 1892. And, if the Red Dog Saloon was anything like its sister watering hole, the White Rabbit Saloon, the house was packed with music, camaraderie and conversation. We hope you enjoy yours the same way.