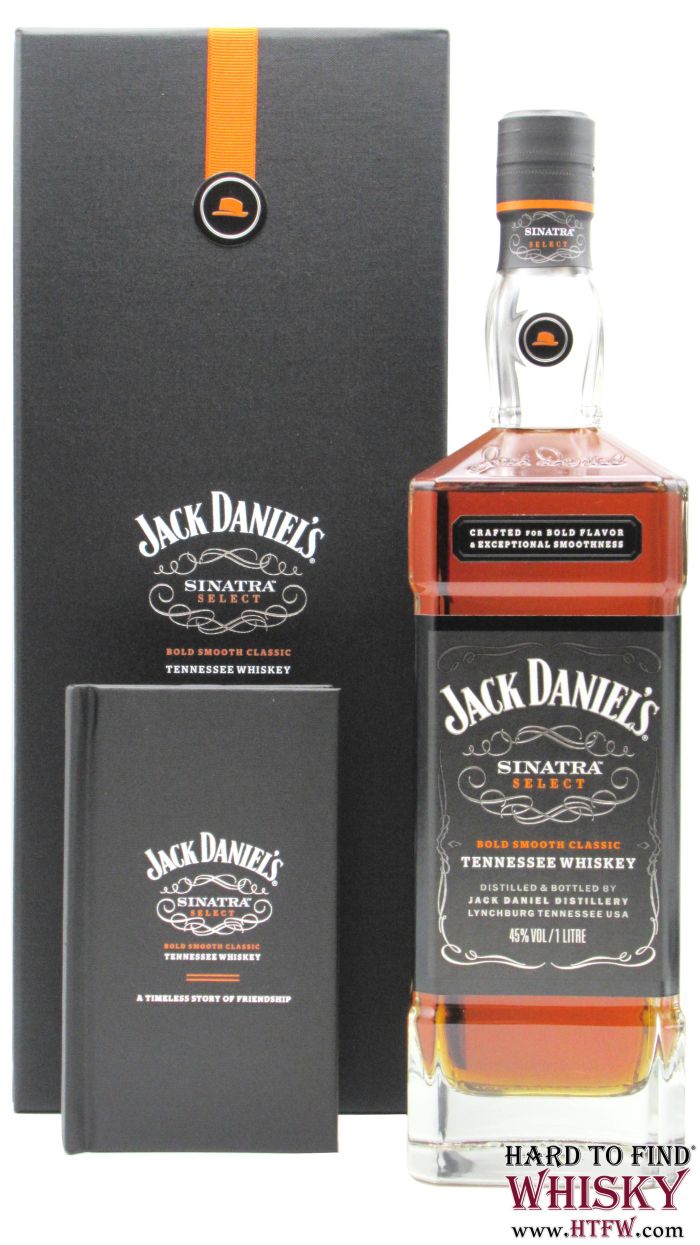 A limited edition Jack Daniels in classy packaging and complete with a hardback book.

Frank Sinatra was a long time fan of Jack Daniel's Tennessee Whiskey and was even buried with a bottle of his beloved Jack. He even kept a stash of the classic whiskey on his private plane to enjoy while on the way to his next show and sip it whilst on stage between songs.

Sinatra Select has been created in honour of this friendship with Old Blue Eyes. The bold, smooth qualities of the Sinatra Select come from the specially made Sinatra barrels in which part of the whiskey was aged.

Deep grooves were cut into the staves of the casks, increasing the amount of exposure the whiskey had to the wood. It is then married with Jack Daniel's Old No. 7 and bottled at 45% or 90 proof.

A mellow, less sweet and most enjoyable JD release, old blue eyes would have loved it!