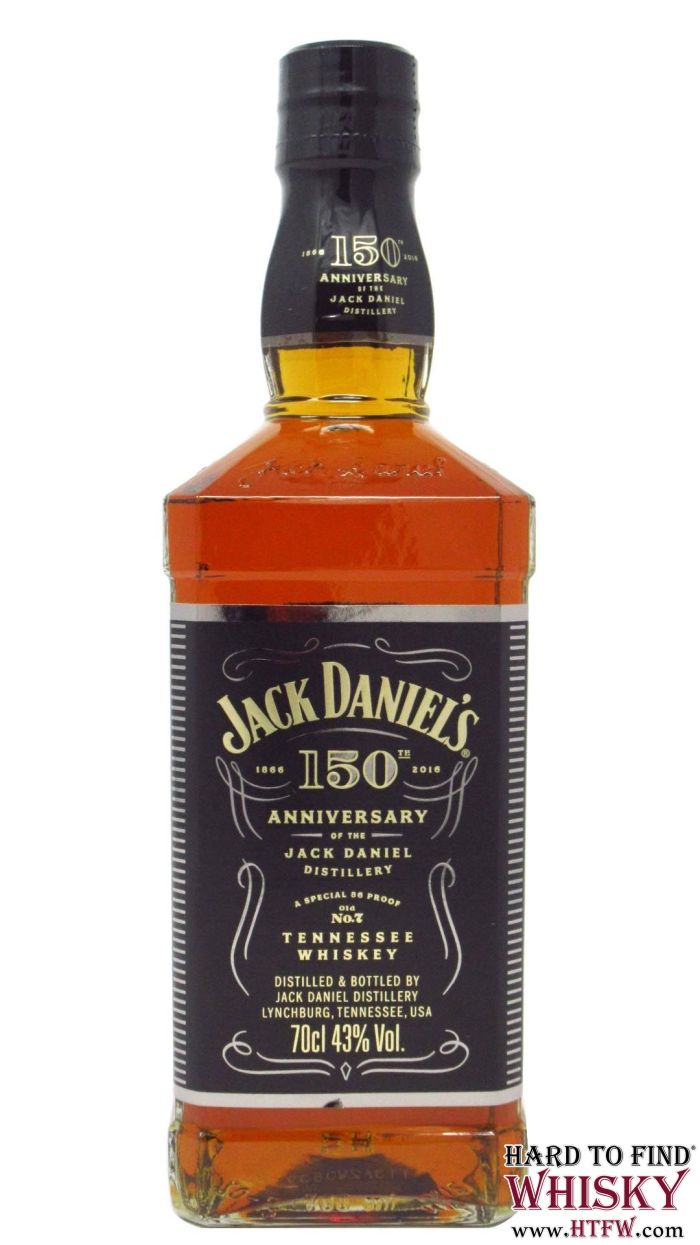 This 2016 limited edition release is to commemorates the 150th anniversary of the Jack Daniels distillery. Made to the same recipe as the original No. 7, but at a higher strength of 43%, this has the same classic taste and cola-friendliness, but with the intensity turned up a notch.  The label artwork looks fantastic and this bottles would make the perfect gift to anyone who usually drinks Old No. 7 Black Label

The year 2016 marked the 150th Anniversary of the Jack Daniel Distillery and this bottle was one of several to be released throughout the year to honor this momentous occasion. Officially registered with the US Government in 1866, the Distillery still sits at the Cave Spring Hollow where Jack first made his distillery official.

Available as a 750ml bottle in the US and 70cl around the rest of the world, this 150th Anniversary bottle is filled with 86 proof whiskey.

Nose: More of the charred vanilla oak than the standard No7 with rich toffee, clove studded orange, touch of charcoal spice and caramelised banana.

A slightly richer and darker (higher ABV and barrel char) version of the ever popular No7 brand.