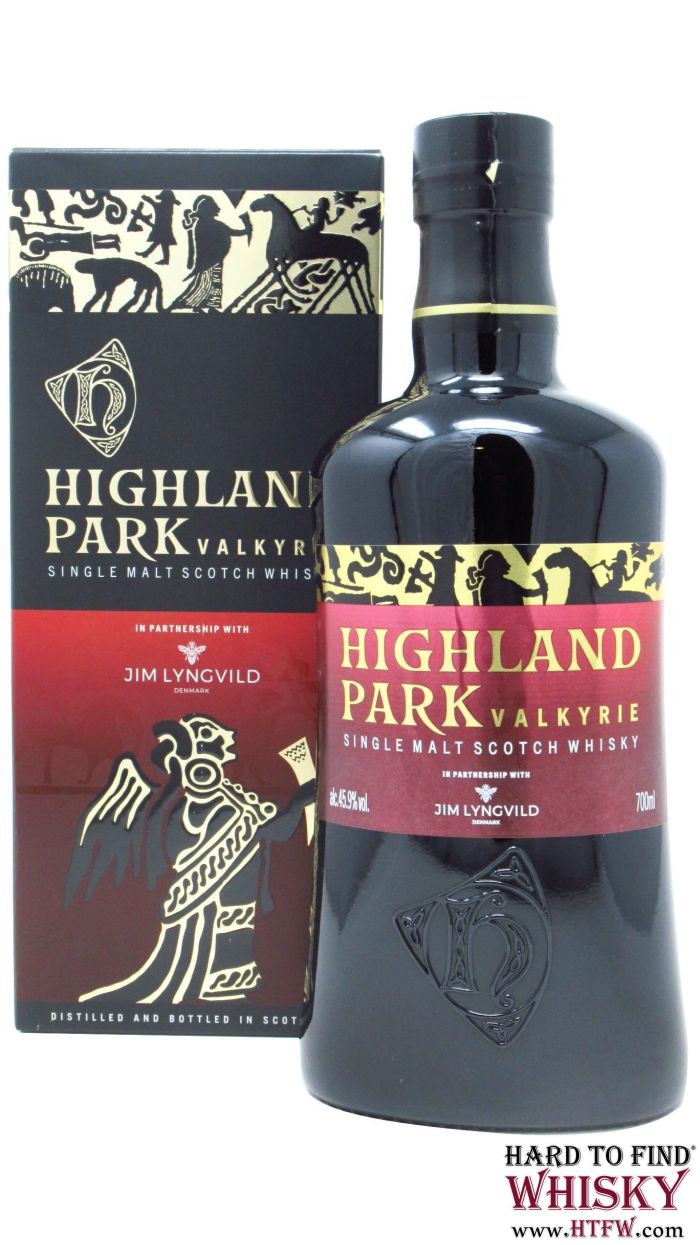 An exciting new release from Highland Park named after the female spirits that descended onto the battlefields for the fallen viking warriors and transport them to Valhalla, the hall of the great norse god, Odin.

Celebrating the Nordic ancestry of Orkney and the first in a series of three special Viking Legend releases in 2017.

A muti vintage offering that uses 50% fully peated stock (Highland Park's peated floor malt is usually mixed with unpeated malt that's bought in at a ratio of 1:4 before mashing), but of course with Highland Park this means Orcadian peat and classic heather smoke notes and aged in a  combination of first-fill American oak sherry, Bourbon and Spanish oak sherry casks as well as a selection of refill casks.

Presented in packaging created by Danish designer Jim Lyngvild with inspiration drawn from the ancient Hammer Stone of Gotland and a Viking pendant from Upland, Sweden.

A dramatic opening with the sharp tang of sweet green apples and ripening lemons gives way to bewitching oriental spices that tease the senses with a promise of a long, slow seduction. Creamy vanilla-voluptuous and silky smooth wraps itself around sweet preserved ginger and luscious dark chocolate, soothing and enticing in equal measure with tantalising hints of salty black liquorice and the crackle of a smouldering bonfire. Exquisitely balanced, the long and lingering finish delivers waves of warm aromatic smoke and richly ripened fruit.