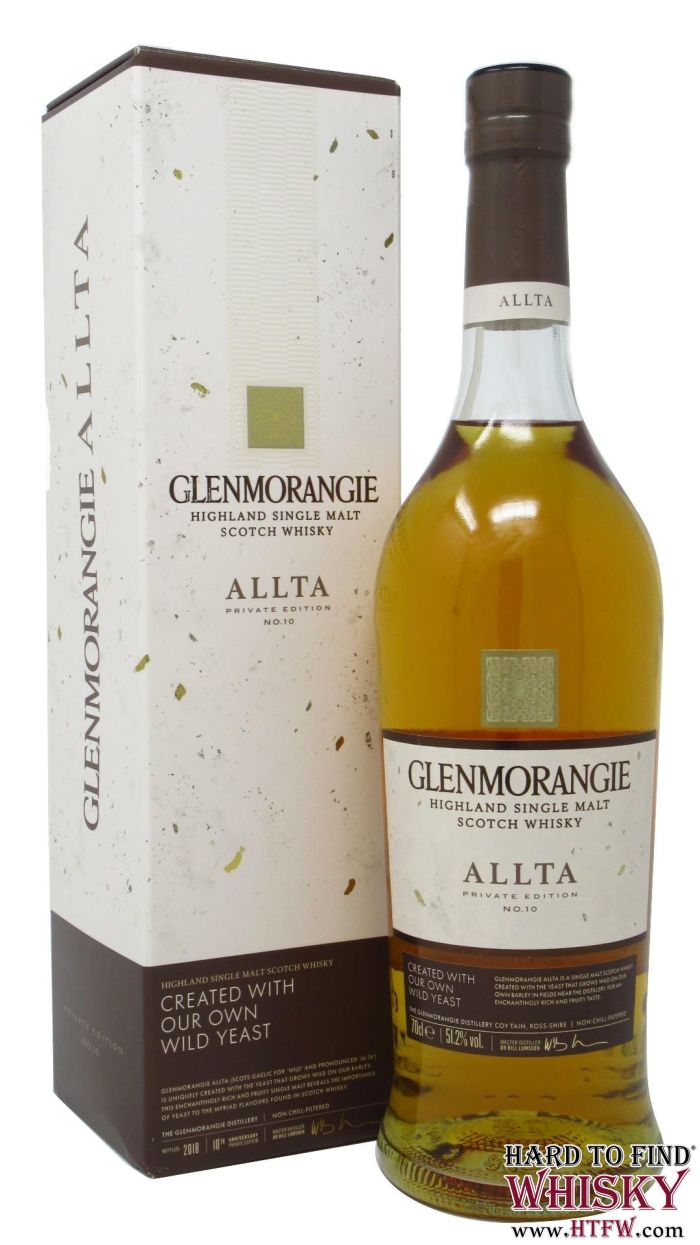 Out of stock
HTFW Cat. No:
LP9950
Notify me when this product is in stock
Be the first to review this product
Add to Wish List
Tell a Friend

The 10th and final bottling of Glenmorangie's acclaimed Private Edition series. This particular expression focuses on the use of wild yeast (found on the distillery's own barley) during the fermentation.  Allta, which is Gaelic for wild, showcases the importance of yeast, one of the three ingrediants in whisky production in the whisky making process.

Matured in American Rye casks, this anniversary bottling is rounded and biscuity on the nose with bread, vanilla, raisins and orange.  The palate is fruity and crisp with lots of citrus fruit.  Underlying this is an earthy and buttery palate with a hint of spice and menthol.