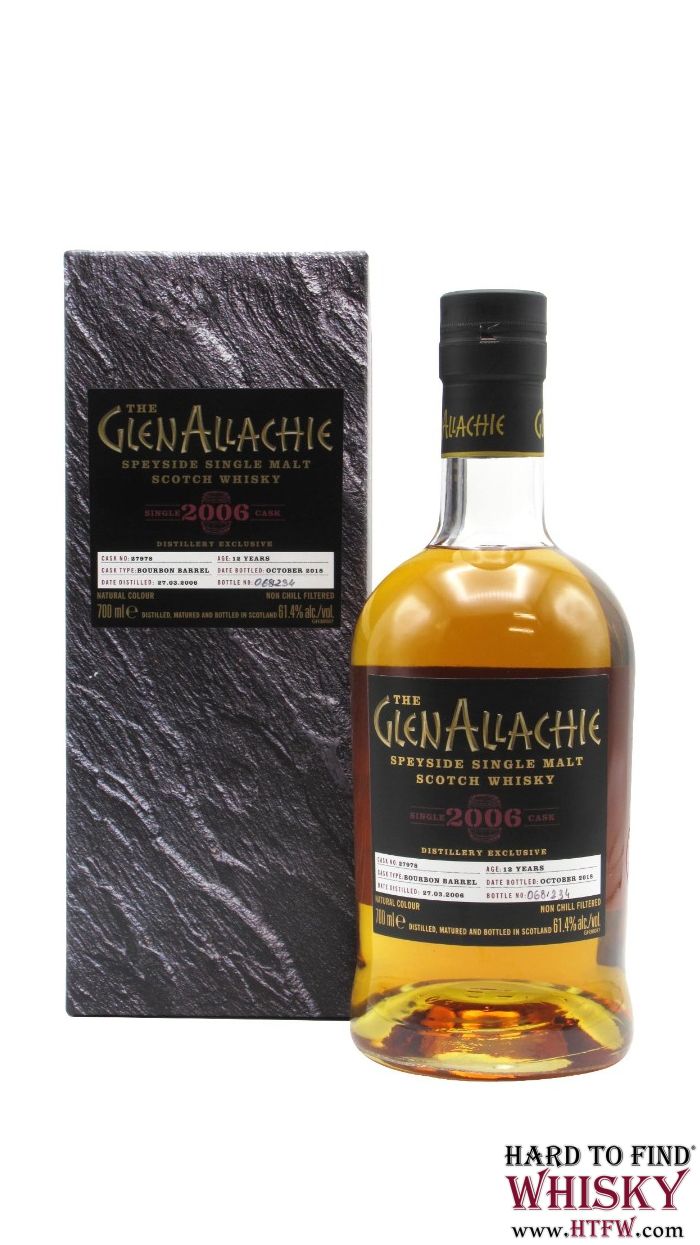 A Single Cask GlenAllachie distilled on the 27 March 2006 and bottled in October 2019 from an ex-Bourbon Barrel which produced 234 bottles. Originally a distillery exclusive but fortunately a limited number have been released to select specialist whisky retailers. This is a big, fruity Single malt with plenty of distillery character.

Nose - Lashings of honey, pineapple and grapefruit, with hints of mint and cinnamon.

Taste - Big presence of honey, apricots and damsons, candy and mocha, with hints of mint.