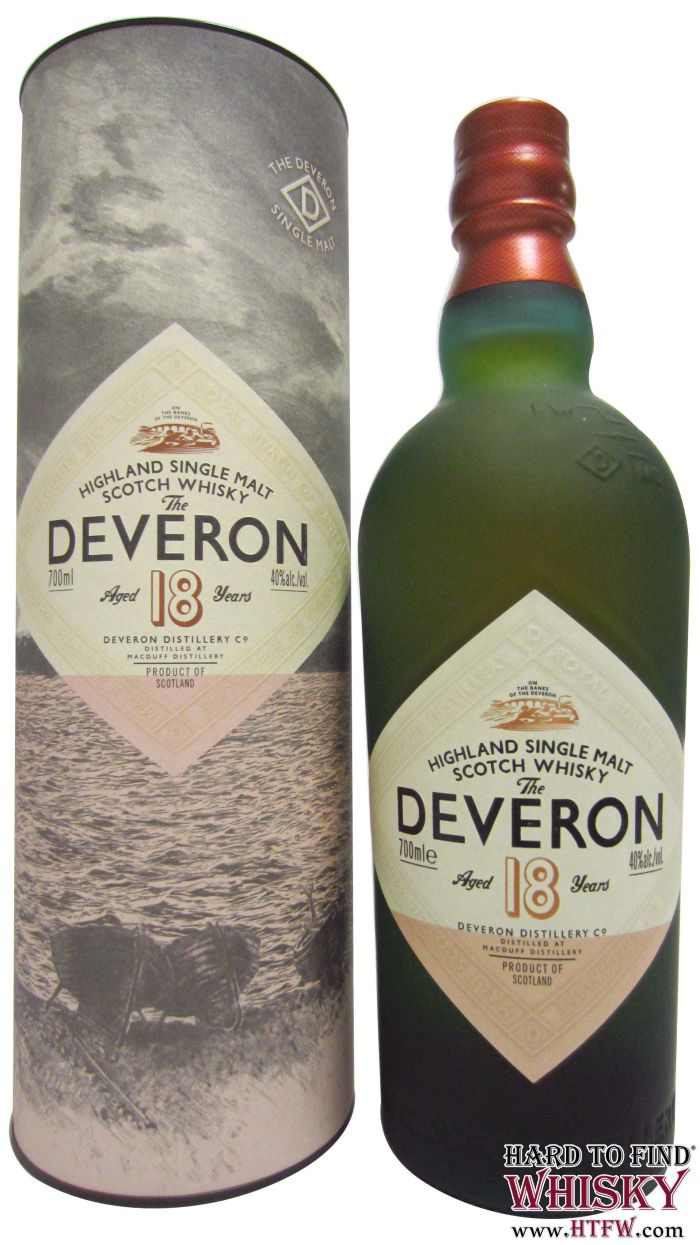 Out of stock
HTFW Cat. No:
LP8350
Notify me when this product is in stock
Be the first to review this product
Add to Wish List
Tell a Friend

Even the most ardent whisky connoisseurs amongst you could be forgiven for not recognising The Deveron name as a single malt, that is because the Macduff Distillery owners John Dewar & Co have rebranded from Glen Deveron and launched a new range of expressions under The Deveron name.

A 10yo,12yo and 18 year old were released and there was even talk of a Deveron 25 year old when the plans for a new Deveron whisky range was unveiled, no sign of it yet so for the time being this new 18 year old sits at the top of the new The Deveron domestic market range.

Matured in a combination of Spanish sherry and American ex-bourbon oak casks, mainly hogsheads, it has been bottled at 40% ABV. Similar to the other bottlings in the new range, The Deveron 18 year old packaging has a subtle northern Scotland maritime coastal community look and feel to it.

This has had a lovely quality sherry oak influence which makes this malt. A shorter finish than expected which lost it a few points but still an enjoyable dram, released by Dewar's under the "Last Great Malts of Scotland" banner.