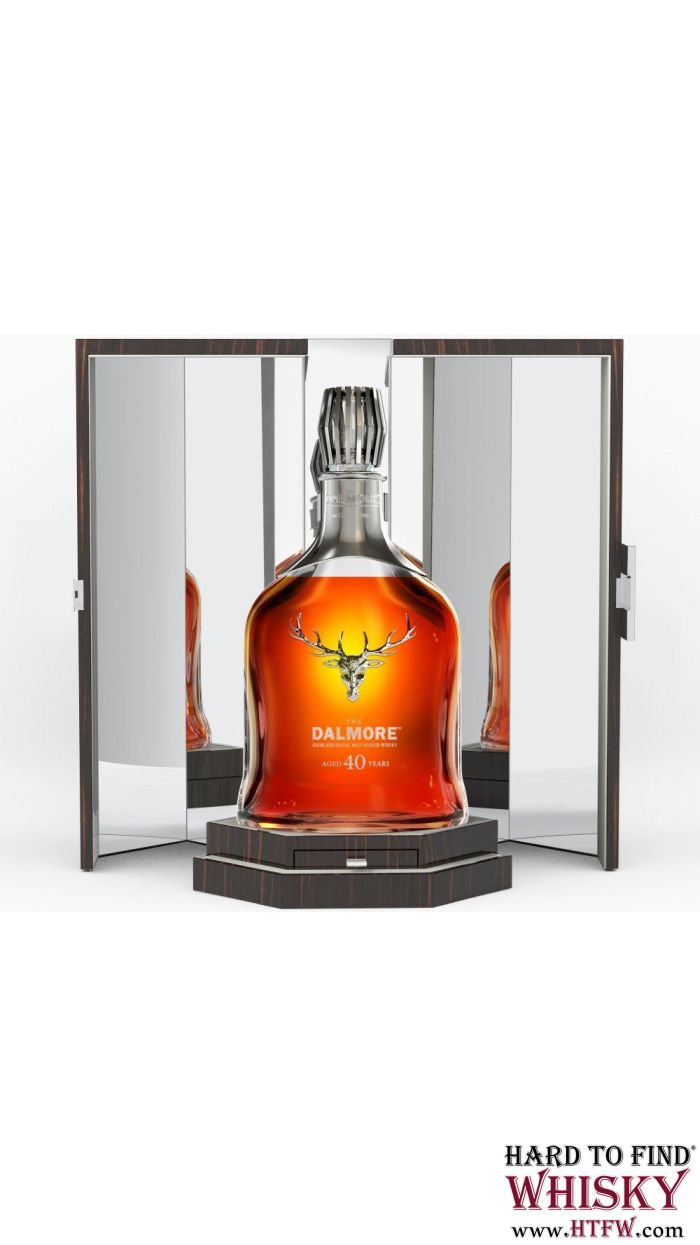 Packaged in an impressive wooden and mirrored inlay gatefold box with certificate of authenticity and a sliding tray containing a bespoke business card holder.

For well over a century a variety of fine Dalmore single malts have been crafted by a small band of local stillmen. In particular, on 21st March 1966, Col. H. A. C. Mackenzie distilled and filled to cask what has now become the Dalmore 40 Year Old masterpiece.

Taste: This distinguished malt must be held long in the mouth. Bold and majestic flavours of thick toffee and dark chocolate. Orange peel and crushed almonds follow closely behind.

Both American White oak and Gonzalez Byass oloroso sherry butts have made their own inimitable contribution.