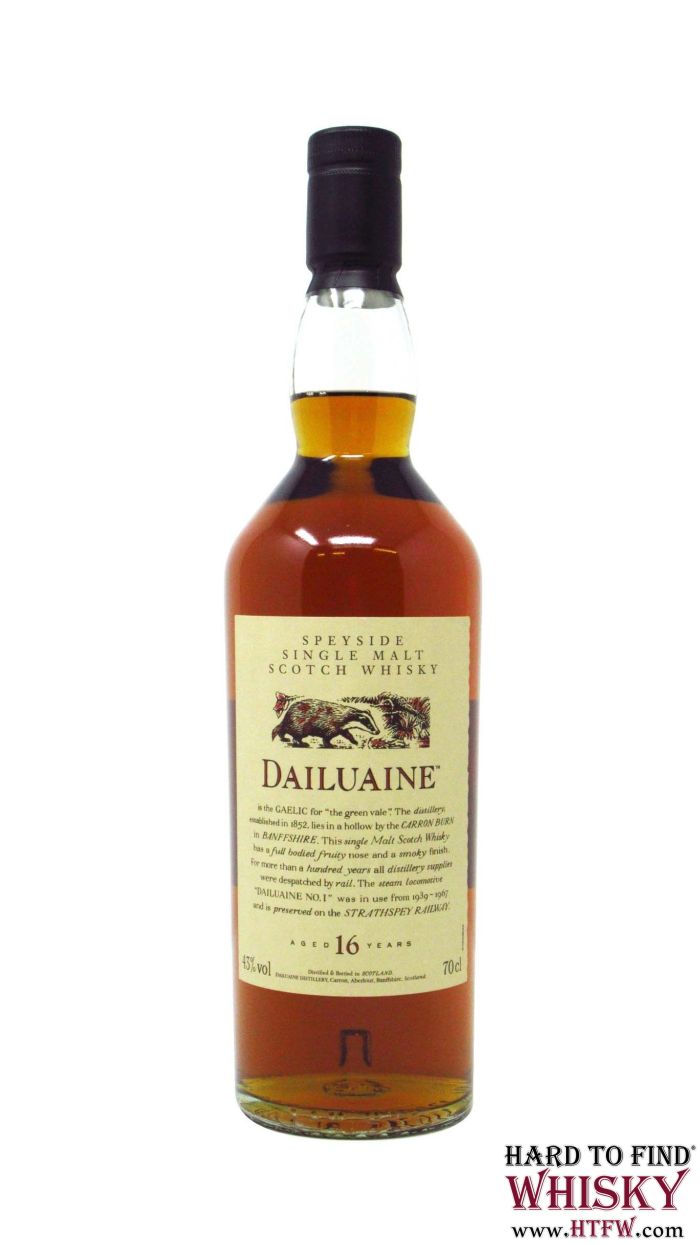 The Flora and Fauna range of whiskies (a name that was first suggested and subsequently adopted from, by the late whisky writer Michael Jackson) was originally produced in the early 1990's by UDV (laterly Diageo) to showcase some of the lesser known distilleries in the portfolio.

This particular bottling is from Dailuaine, a Speyside distillery used primarily for blending.  This is a 16 year old version that is shery matured for extra richness and christmas cake fruitiness, nuttiness and spice.