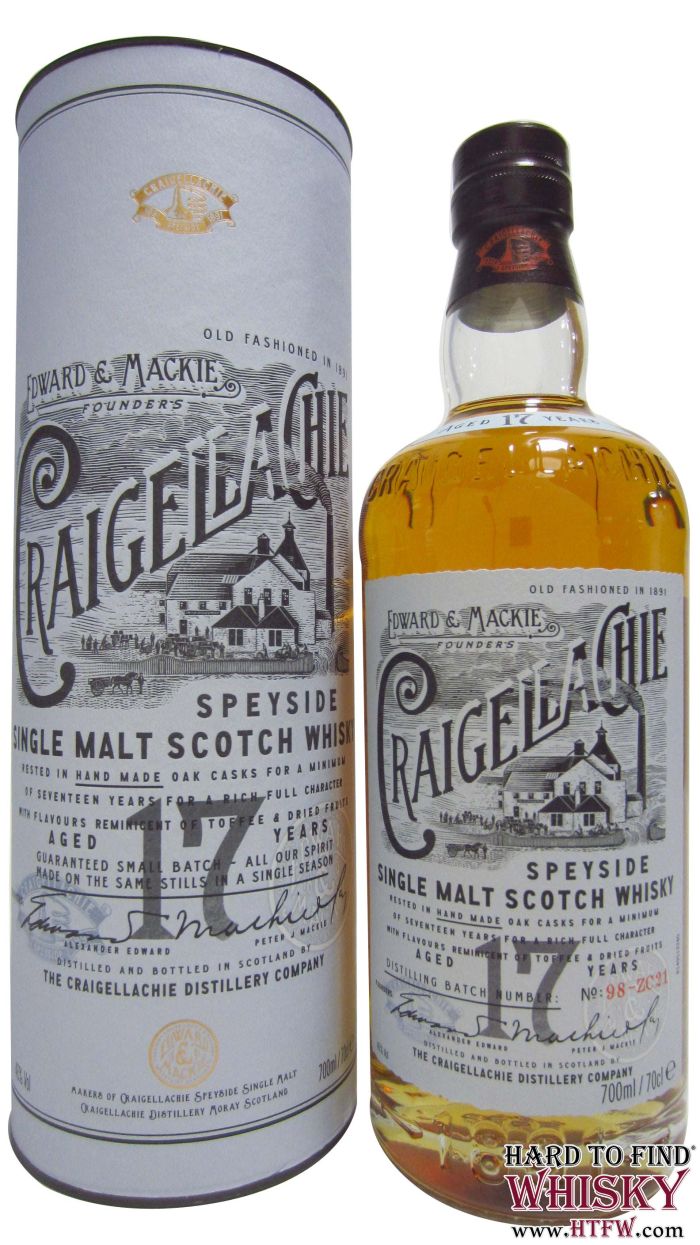 Part of the trilogy of new releases that also included a 13 and 23 year old from a revitalised Speyside distillery.

Nose: Floral with a lot of vanilla, cotton candy and marsh mallow. Lemon pound cake and fresh grapes join in. With the whisky in a covered glass for about 10 minutes, the sour nose of the 13 appeared, but dissipated almost immediately when uncovered. Cinnamon appears too as well as some star fruit.

Palate: Relatively bitter and far less sour than the 13, with spice – chili pepper, cinnamon and cardamom – with a light sweetness. For a fleeting moment the taste of IPA beer crosses the tongue.

Finish: Bitter citrus in the mouth, tangy on the sides of tongue and spicy down the gullet. This finish is close to perfection!!

A real gem of an old fashioned oily and vibrant Speyside from the village that is more Famous for its more famous Hotel and whisky bar.