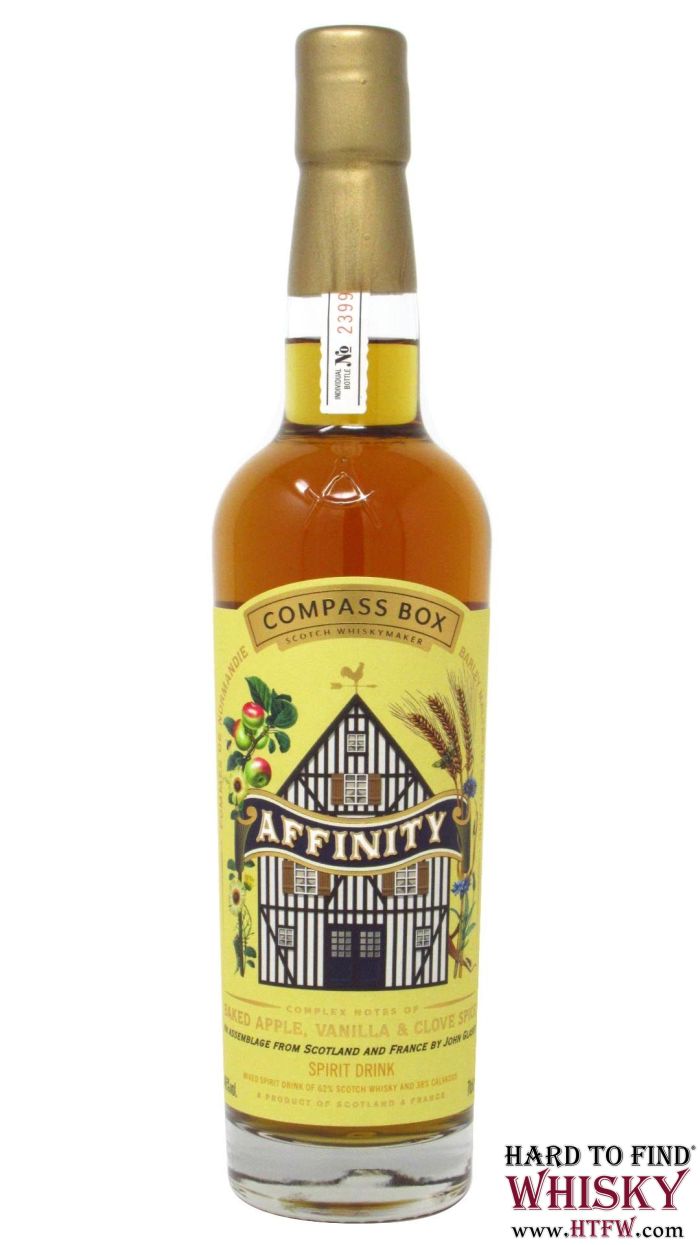 A new release from those boundary pushers at Compass Box. Affinity is their new release spirit drink, a blend of Scotch whisky and Calvados (apple brandy).

Comprising various Highland malt blends, Single Malt from Craigellachie and XO Calvados from Domaine Christian Drouin (one of the most respected and high quality Calvados producers in Normandy), the spirits have been first aged in French oak and Sherry casks, before being married with blended Scotch whisky and matured further in Sherry butts.

Released this month with an abv of 46%, only 6,028 bottles of Affinity have been released globally.

Nose - Fresh pear and cinnamon, some clove, then pastry with apple syrup. It’s fesh but with an underlying density which adds a heady and honeyed element to it.

Palate - An immediate sweetness leads to a more savoury mid-palate, where the high levels of spice mix with cooked-down fruits. It’s surprisingly textoured and viscous.   Water adds a lift and emphasises the pear and apple notes again. Weighty, and with stewed fruits, it continues to be succulent, with syrup nad spice.

These two spirits share richness, sweetness and complexity; the Calvados lends an intensity and length to the finish which enhances the character of the Scotch whiskies.