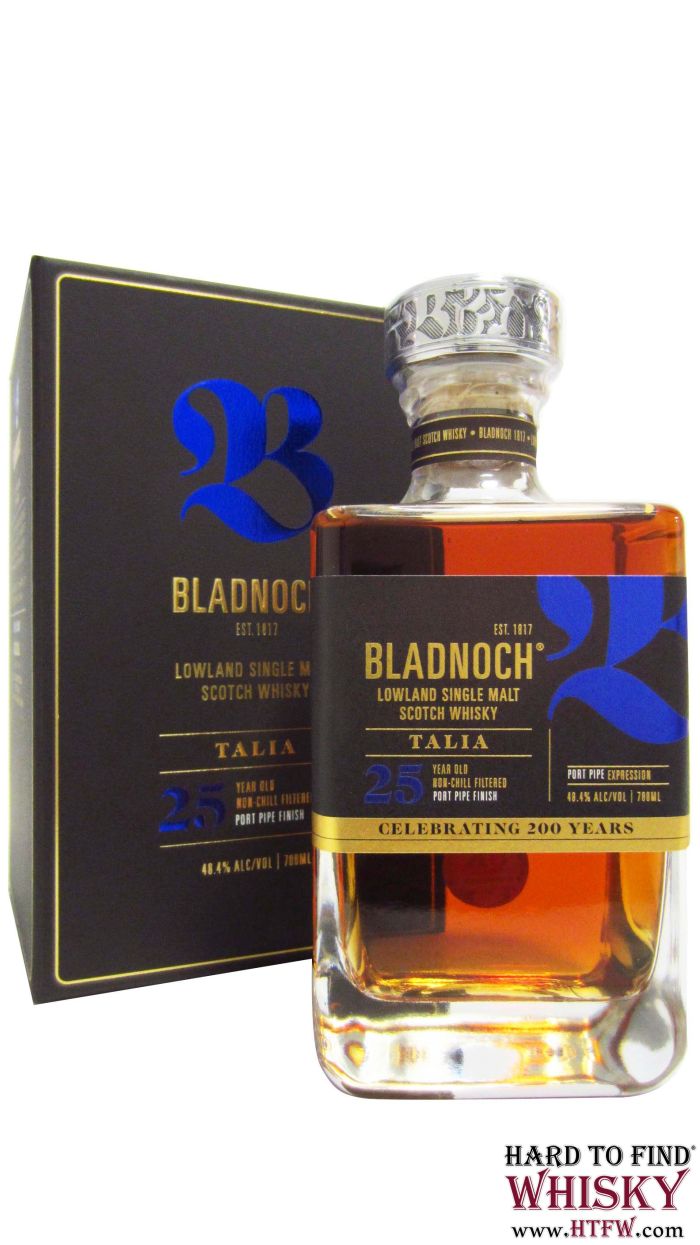 Out of stock
HTFW Cat. No:
LP8190
Notify me when this product is in stock
Be the first to review this product
Add to Wish List
Tell a Friend

Part of a trilogy of new releases from the Bladnoch distillery in the Lowlands of Scotland and the first new official bottlings in a long time fro this rejuvinated distillery now under new ownership.

The 25 year old is the oldest release of the three and finished in port pipes and along with the NAS Samsara and 15 year old Adela were released in early 2017.

Talia meaning "Dew from God"  is from stock predating the new ownership and is the oldest official release from this distillery and launched to celebrate its 200 year anniversary and follows on from the previous release of "The Talia" that was finished in Virgin Oak casks.