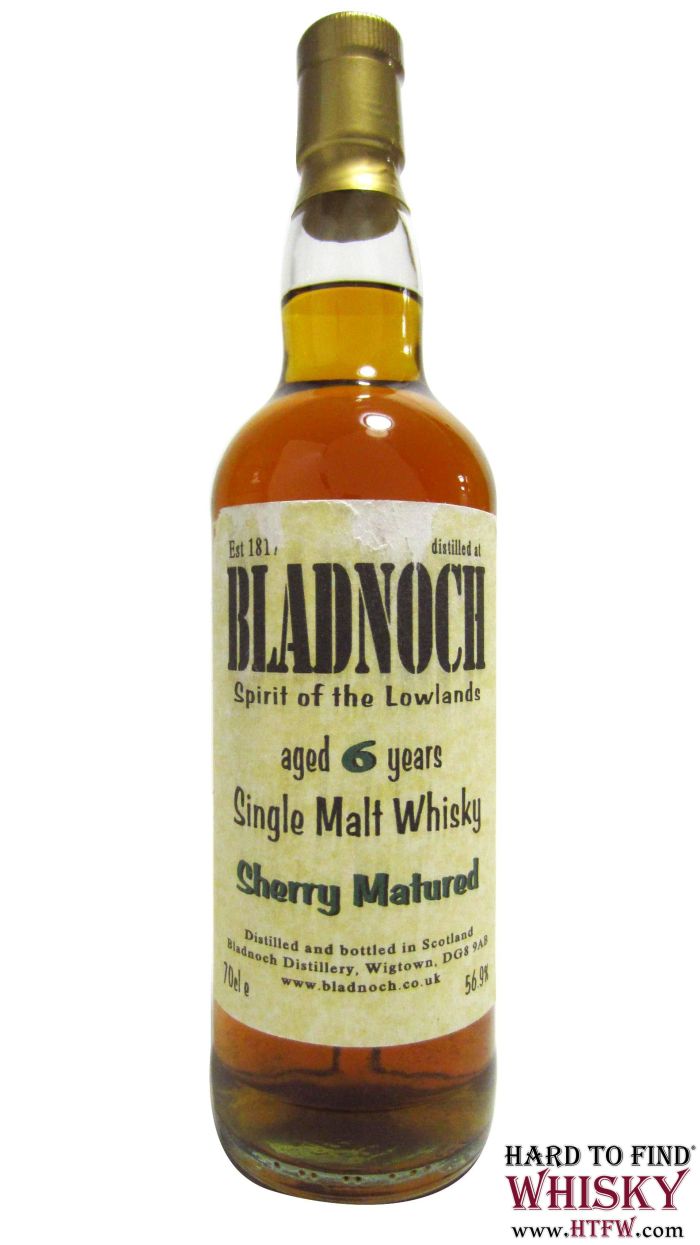 Out of stock
HTFW Cat. No:
LP8477
Notify me when this product is in stock
Be the first to review this product
Add to Wish List
Tell a Friend

An Ex- Sherry cask matured 6 year old Bladnoch released under the old ownership of this now up and running again Lowland distillery.

Originally bottled in 2008 as part of a trilogy of 8 year olds and the first new whisky released after the take over by Raymond Armstrong in 2000.

Nose: The gristy malt is not having all its own way here. There's mixed peel there that takes it on and never quite wins but definitely keeps it busy. Light chocolate and Fino sherry.

Taste: Wow real zing from the word go. Develops into a fruit and nut chocolate bar followed by a sip of cream sherry and a mouthful of Space Dust.

Finish: The popping of the Space dust gradually subsides until there is just a warm rich chocolatey coating on the tongue. Delicious.

Comments: Like the bourbon matured dram this lacks a bit of balance, just because of its youth I think, but it has some wonderful sensations along the way and there are moments of greatness. I could play with this for ages.