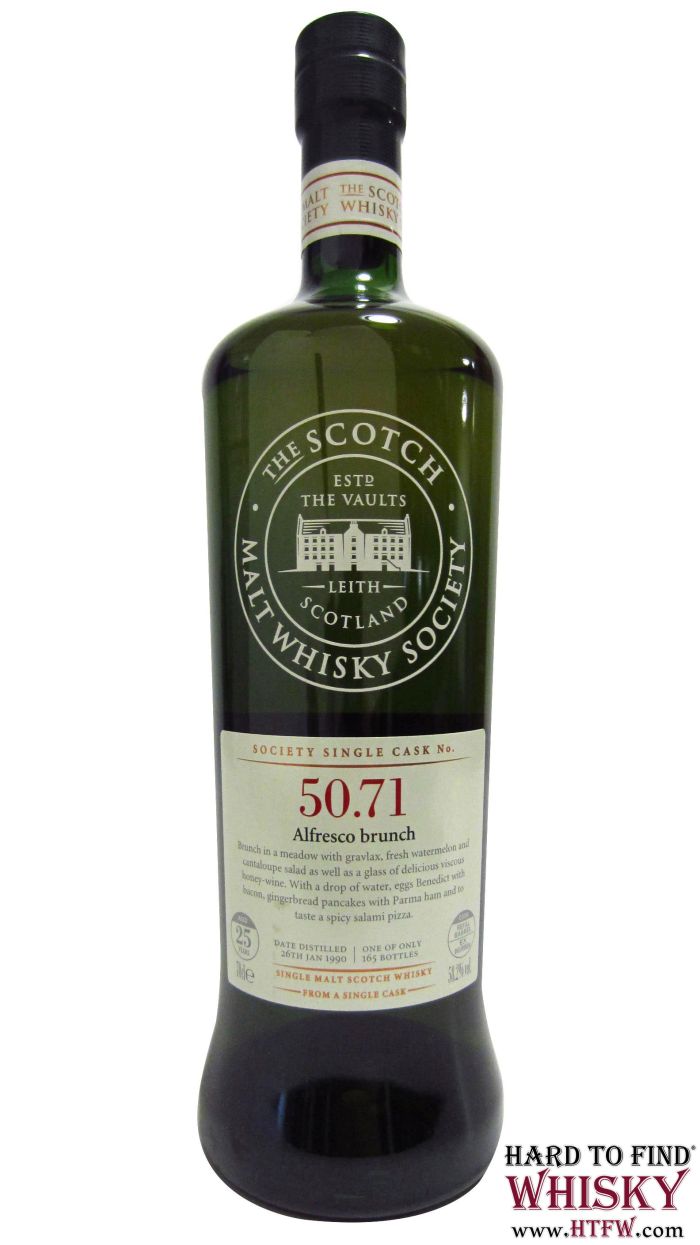 Out of stock
HTFW Cat. No:
LP8713
Notify me when this product is in stock
Be the first to review this product
Add to Wish List
Tell a Friend

A Scotch malt whisky society release of 25 year old Bladnoch, a Lowland distillery with a long and troubled history of closures and silent periods but now with new ownership and investment are producing and releasing whisky again.

50.71 which is the code for the society bottling of distillery number 50 (Bladnoch) and 71 (the 71st release by the society of  Bladnoch)

"Brunch in a meadow with gravlax, fresh watermelon and cantaloupe salad as well as a glass of delicious viscous honey wine. With a drop of water, eggs benedict with bacon, gingerbread pancakes with parma ham and to taste a spicy salami pizza."

Aged in a refill Ex-Bourbon cask

Only 165 bottles released from a single cask