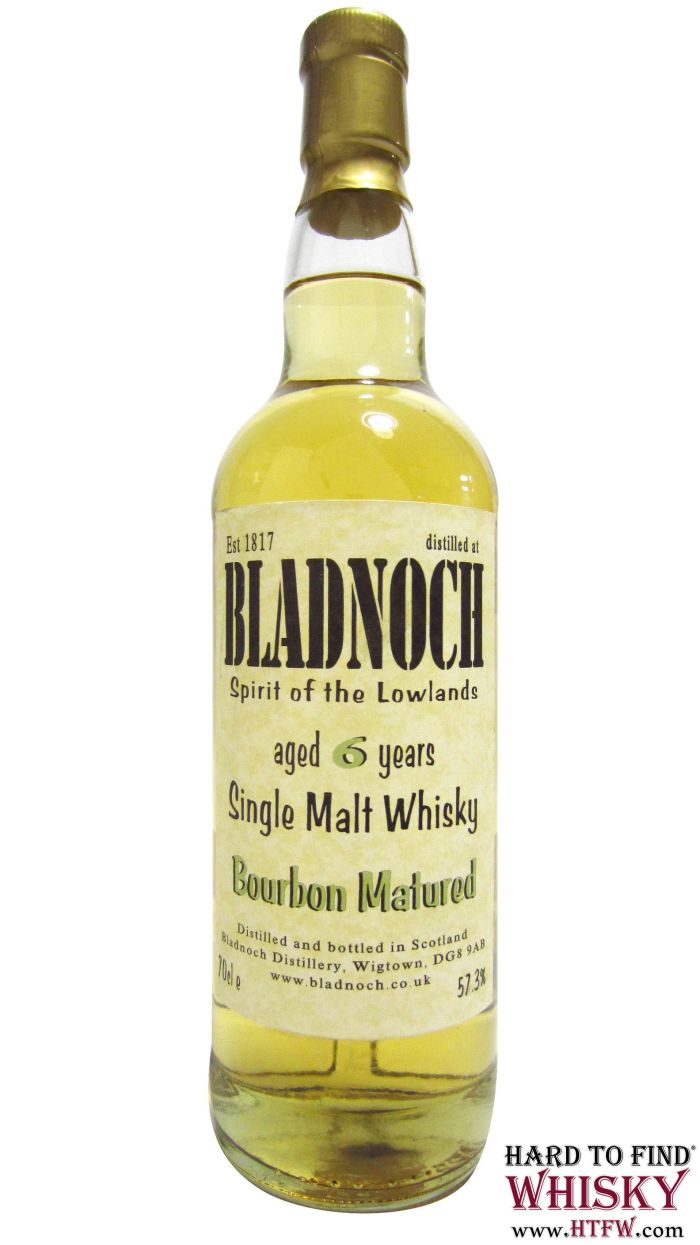 Out of stock
HTFW Cat. No:
LP8478
Notify me when this product is in stock
Be the first to review this product
Add to Wish List
Tell a Friend

An Ex- Bourbon cask matured 6 year old Bladnoch released under the old ownership of this now up and running again Lowland distillery.

Originally bottled in 2008 as part of a trilogy of 8 year olds and the first new whisky released after the take over by Raymond Armstrong in 2000.

Nose: Very malty with a citrus tang. I can't get over how consistent the drams have been. Maybe its been the absence of weird finishes. Vanilla notes come through after a few seconds as the initial spiritiness goes away. Old fashioned custard powder. Custard cream biscuits.

Taste:The initial hit is a little hot, but it quickly resolves into a lovely play between the malt and the vanillins. A bit unrefined at this age, but delicious nonetheless.

Finish: A little unstable. Creates little hotspots that jump around, but ultimately the custardy vanilla wins through.

Comments: This is amazing stuff for 6yo and really promises good things for the future.