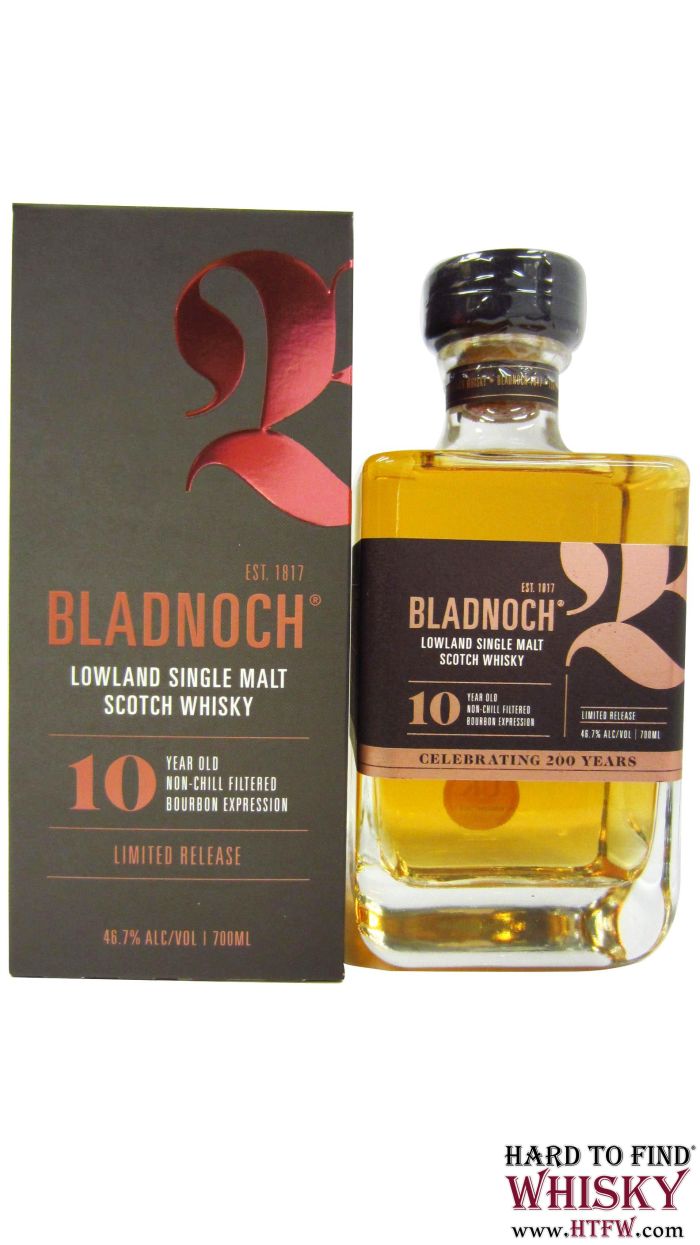 Out of stock
HTFW Cat. No:
LP9419
Notify me when this product is in stock
Be the first to review this product
Add to Wish List
Tell a Friend

A new limited edition 10-year-old single malt, described as the ‘most accessible expression yet’.

The whisky has been matured in ex-Bourbon casks for a minimum of 10 years, and bottled at 46.7% abv without chill filtration.

Described as having ‘grassy, floral aromas’ with ‘ginger, coconut, gooseberry and vanilla’ on the palate.

Bladnoch 10 Year Old is described as an ‘everyday’ whisky.

Bladnoch distillery was purchased as a silent entity by David Prior in 2015, and restarted production in June 2017.