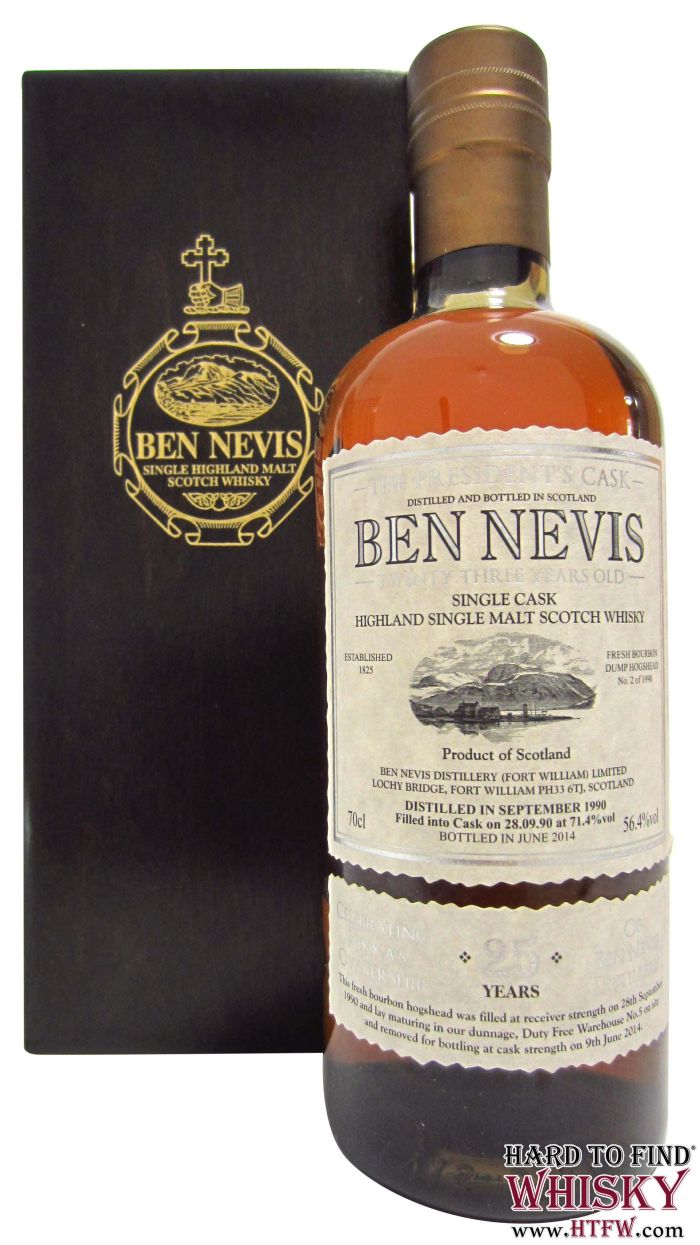 Out of stock
HTFW Cat. No:
LP7645
Notify me when this product is in stock
Be the first to review this product
Add to Wish List
Tell a Friend

A commerative single cask bottling of Ben Nevis. Distilled in 1990 and aged for 23 years in a fresh Bourbon Hogshead. This was released to celebrate the 25th anniversary of Nikka's ownership of the distillery

The distillery was brought back into production in September 1990. The first filling from this new production coincided with the official re-opening of production on 28th September 1990. Mr. H. Yamashita was present and purchased Cask No. 2 from that filling. He went on to become President of the Nikka Company, retiring from that position in 2012, and subsequently gifted this cask to the distillery.  A total of 227 bottles, at cask strength with 56.4% ABV, were filled from this unique cask. Each bottle was hand numbered and bears the signature of the Managing Director. An extraordinary Ben Nevis for collectors and connoisseurs.