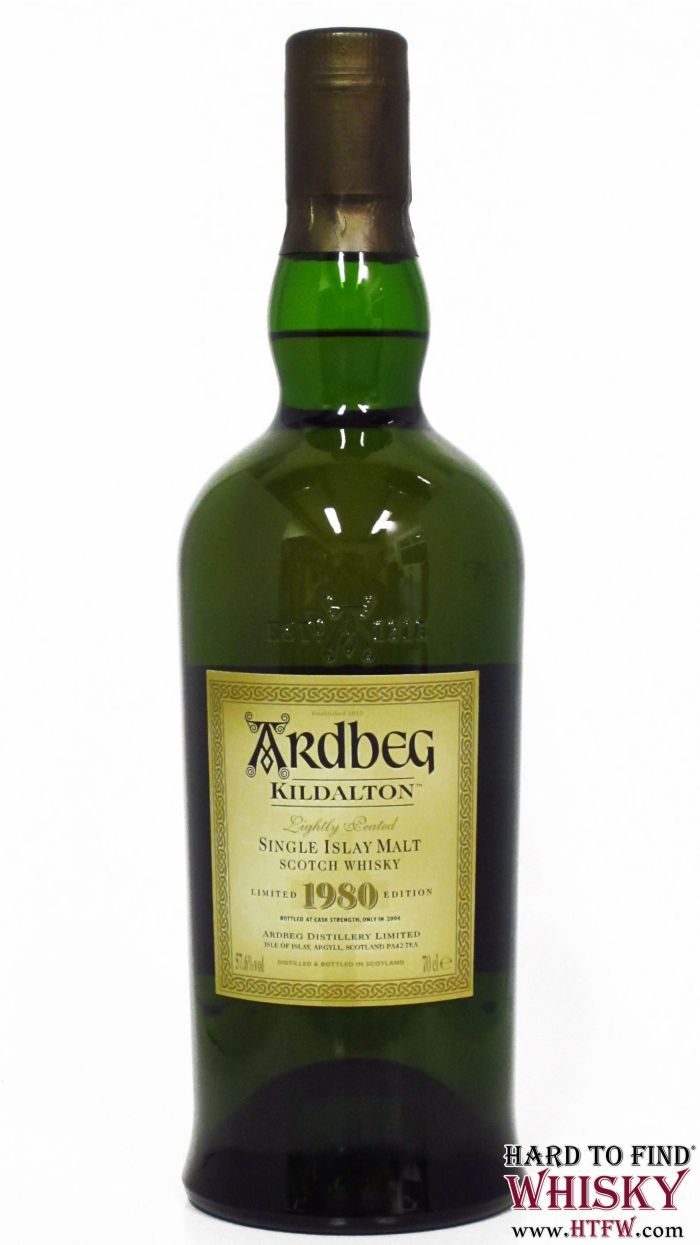 "Fragrant and floral on the nose, nutty with pine, lemon and acetone balancing discreet vanilla. Oily on the palate with more vanilla, malt and oranges. The finish is lively, with licorice, drinking chocolate notes, peppery peat and a hint of red wine"

A much sought after and hardly ever seen bottle of Ardbeg which was released back in 2004 of which there were only 1,300 bottles. This was pretty much a one off for Ardbeg due to the use of both peated & un-peated casks and is bound to come one of the holy grails over time.

Stop Press:ignore what we said about being a one off as they have in Summer 2014 released a 2nd limited edition Kildalton.